See what clients say about Ropack

Quality Agreements – The Backbone of a Strong Partnership 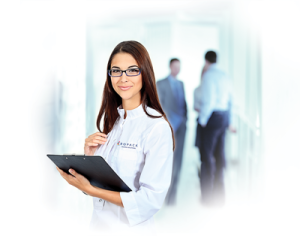 In the broadest sense, the purpose of a quality agreement is to clearly define, establish and delineate the responsibilities of the respective QA departments from the CMO and its customer, in order to clearly communicate the responsibilities of each party, with the ultimate goal of assuring patient safety and regulatory compliance. An added benefit of implementing a clear, concise quality agreement is that it creates a more effective and efficient working relationship between CMO and customer.

It has been only in the last decade or so that pharmaceutical quality agreements in the United States have evolved to become a practical and enforceable document, setting up the foundation of a productive cGMP relationship. This improvement can be attributed in large part to guidances issued by the FDA and European regulatory authorities on the topic (see FDA draft guidance, “Contract Manufacturing Arrangements for Drugs: Quality Agreements” and EU cGMP Chapter 7).

An effective quality agreement is written in a manner that communicates the responsibilities of each party in a clear, concise manner, allowing the reader to quickly and accurately determine to whom a specific responsibility is assigned. An agreement that is ambiguous in nature is a recipe for disaster that can lead to wasted time and money for both parties.

Provided below are a few key points and suggestions that can help produce a quality agreement that becomes a valuable tool to your organization rather than simply a document that fulfills the expectations of the regulatory authorities.

The agreed-upon definitions can be the result of a negotiation between the two parties, yet; typically the most effective approach is to allow the CMO to use the definitions it is most accustomed to using. Because a CMO will have multiple clients, it is an added burden to expect the CMO to maintain separate definitions for each client. Such a situation can lead to misunderstandings resulting in diminished efficiency and unintended non-compliance. As suggested by the FDA (“Contract Manufacturing Arrangements for Drugs: Quality Agreements”), “owners may consider adopting the terms and procedures used by Contracted Facilities in order to reduce the likelihood of misinterpretation and personnel error during actual manufacturing.”

A Standard Template
CMOs should maintain a standard template pre-approved by their legal departments, with misunderstandings or disagreements in the wording worked out prior to approval. As each business/customer relationship will require a level of customization to reflect the agreed-upon responsibilities, the matrix can capture this information to avoid major changes in the template.  This will help reduce the time and money spent on legal review for each customer.

Productive Communication
The ultimate goal is a sound working partnership that produces a quality drug in accordance with cGMP. With that as the common purpose, efforts should focus on key elements most important to each party rather than on issues that do not impact the overall goal. The quality agreement does not eliminate the need for periodic verbal communication between the companies, but does set a sound foundation for a successful partnership. The communication with your partner has the potential to become more fruitful when focused on key issues rather than on clarifying responsibilities.

In summary, a well-written quality agreement is one that clearly defines the responsibilities of each party and the cGMP requirements of the outsourced activities. Rather than viewing a quality agreement as a document that, once approved, serves only the purpose of fulfilling the expectations of the regulatory bodies, it should be viewed as an opportunity to clearly lay the foundation for a strong partnership while providing a high level of confidence that all cGMP requirements have been clearly delineated. It should be a usable tool that can easily be referenced to clarify the agreed-upon terms of the partnership.

Read An Article Watch A Video

Please fill out the form below

Forward your resume to us

Please fill out the form below.